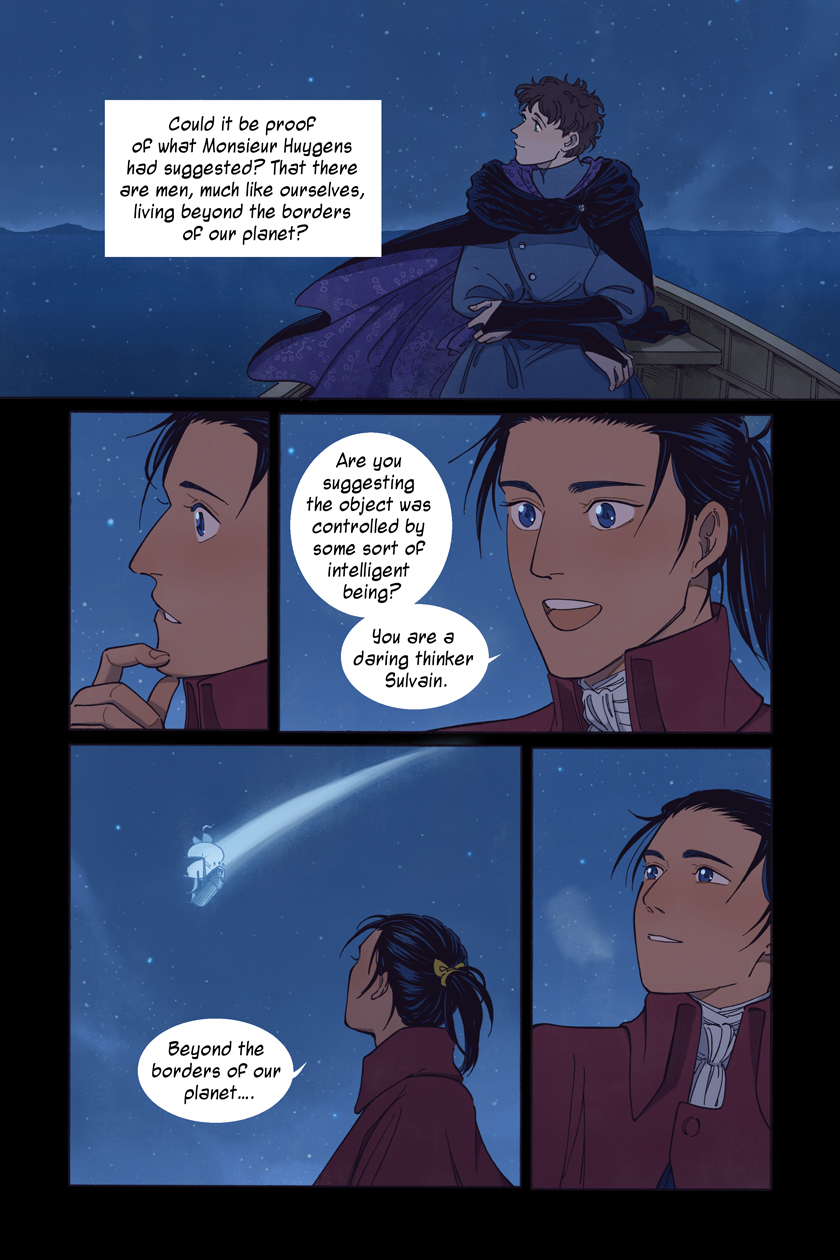 Huygens really did think that there were intelligent beings on other planets and wrote about it to his brother in letters. He didn't allow the letters to be published until after his death for fear that the subject was too controversial. Though I don't know if he proposed they had crafts that could visit other planets XD


Read the next 5 pages on Patreon

We'll have more bonus materials coming to Patreon this month as well :D~ Will write up a bulletin soon! <3
Comments
Privacy Policy