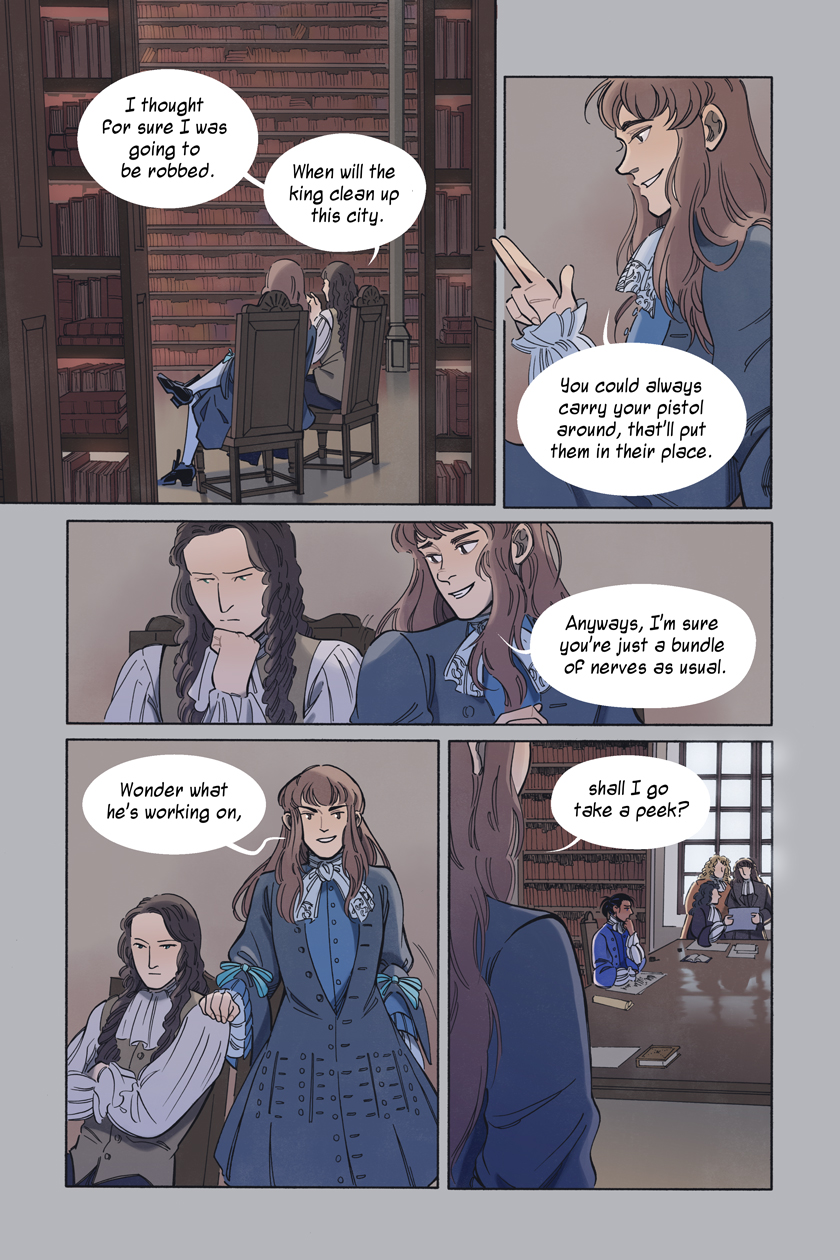 (Notes: It was common for many people to carry firearms at the time until Louis XIV banned commoners from owning them in an attempt to put a stop to violent crimes. Aristocrats, however, were allowed to carry them.)

Chapter 5 released on both Patreon and Gumroad! If you are a Twin Star patron or if you pre-ordered the chapter you can grab it now!

We have a new intimate sketch up for Twin Star Patrons!