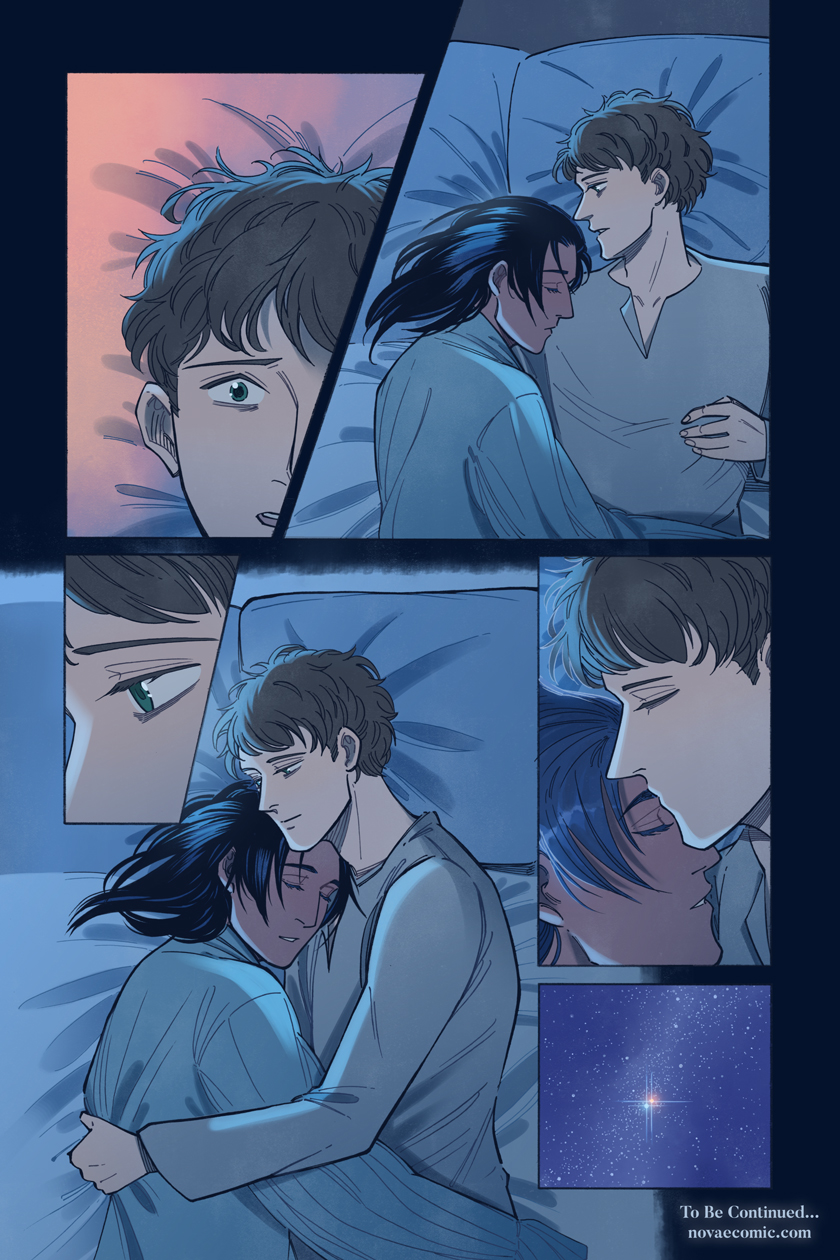 Chapter 5 will begin with the cover on Monday next week. We're going to take a mini break as we finish up the chapter!

A little about this page:

This page is probably the only one so far that vaguely references the title! There's some symbolism in the last panel, an old red giant and a new blue star that mimics Sulvain and Raziol's position in the panel above it.

Though in reality, in a binary star system both stars would be the same age. :D

And for those who don't know, novae means a nova (a sudden brightening of a star) in a double star system~

We're going to updating our newsletter more often so we've included the Novae Sketchbook as a bonus when signing up. For those who are already subscribed, we'll also include the link in our next newsletter. It's slated to go out when the pre-order for Chap 5 goes up at the end of the week~

Twin star patrons will also get the full chapter + bonus sketches and materials via our Patreon!