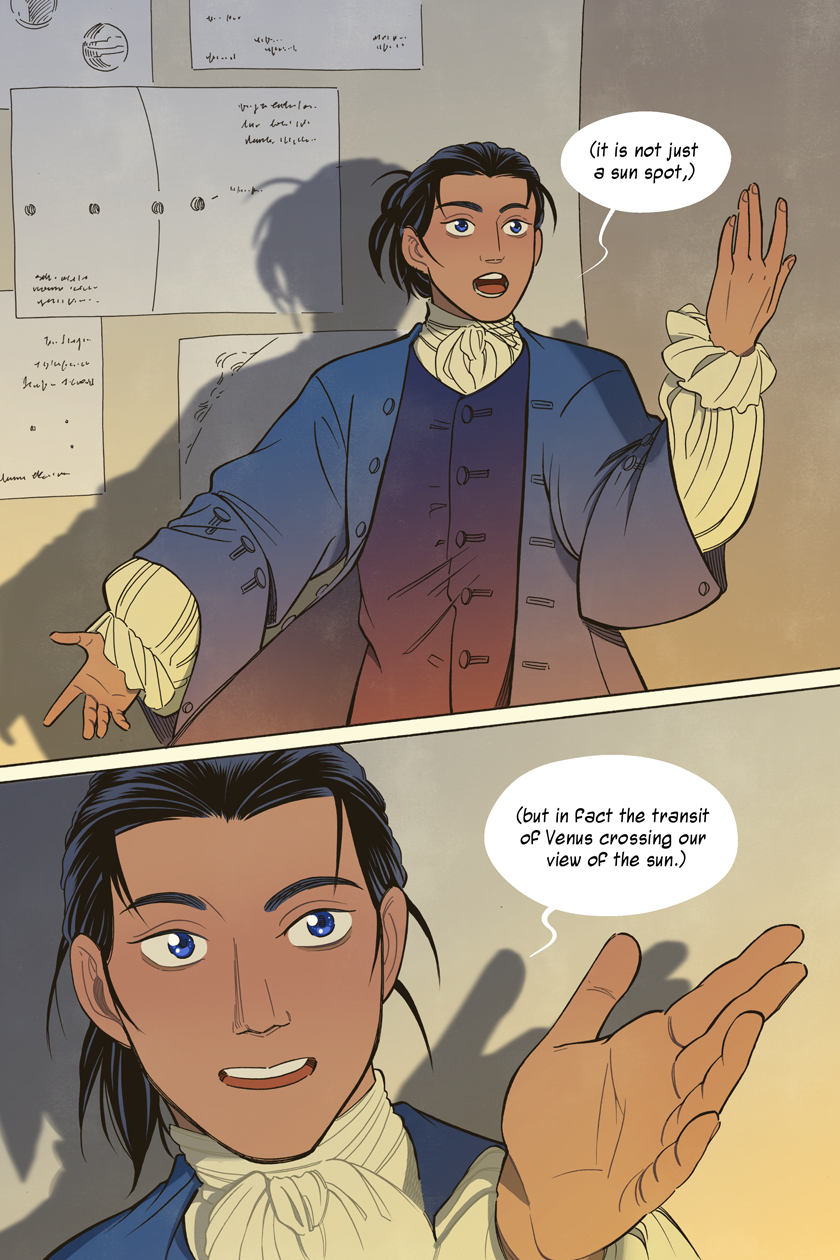 Chap 2 – PG34
Posted January 4, 2017 at 6:17 pm
The Academician back then spoke and wrote in Latin for some lectures and publications~

(Note: The transit of Venus was first predicted by Kepler and observed later by Jeremiah Horrocks and William Crabtree in 1639)

For this week’s incentive we have the inks of the previous spread. Thank you for voting!